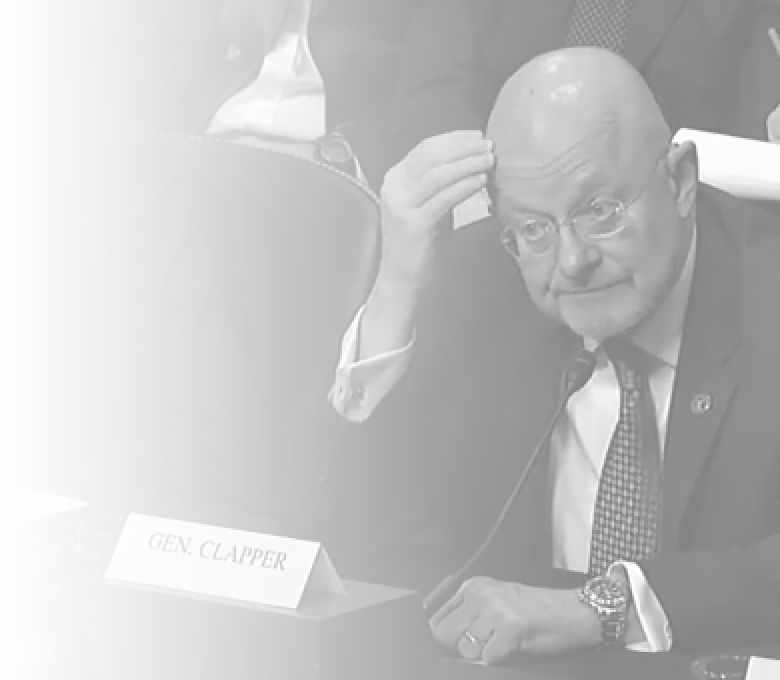 Has James Clapper been indicted for perjury yet?

It has been 1906 days since James Clapper
lied to Congress and the American people.

"Does the NSA collect any type of data at all on millions or hundreds of millions of Americans?"

Incredulously, Senator Wyden asked "It does not?"

Director Clapper responded "Not wittingly. There are cases where they could inadvertantly perhaps collect, but not wittingly."

So that he would be prepared to answer, Senator Wyden gave these questions to Director Clapper's office a day in advance of the hearing. Upon the hearing's completion, he also gave the Director a chance to amend his answer. He opted not to do so.

On June 6th, 2013, whistleblower Edward Snowden revealed to the world that the NSA was engaged in a secret program to collect tens of millions of Americans' phone call records. Further revelations would unveil NSA programs collecting Americans' web browsing histories, chat logs, email usage and even their physical locations.

The NSA had been collecting data on hundreds of millions of innocent Americans, and continues to do so.

Finally forced to acknowledge his remarks as "erroneous", Director Clapper claimed that he "misunderstood" the question (which he had been sent a day in advance) and that he had simply "forgotten" the relevant section of the Patriot Act covering these programs.

If you or I had given this testimony before Congress and lied as Director Clapper has, using the same excuses that he provided when caught, we would be charged with perjury. Until such time as the Director is indicted for this crime, as Americans we can only assume that there are two sets of laws: One for the architects and enablers of the NSA surveillance state and another for the public at large.

This site will continue as a monument to this fact until such time that this disparity in justice is resolved.

We are far from alone.

Others across the political spectrum are demanding that Director James Clapper resign, be fired and/or be prosecuted for perjury.